2019 represents 15 years we’ve been serving our community – a noteworthy milestone in any business. There’s a sense of accomplishment in knowing that the seeds planted in 2003 have produced fruit, growing into the premier remodeling company we are today.

Where we started – “Big fish in a small sea”

Prior to going “on my own”, I had become an accomplished framer, working for other companies. The vocational education I received from Diman Vocational Technical High School (Fall River, Massachusetts) paired with the regular application of the skill, set me on the right path. My hands-on education, accompanied by a strong desire to succeed, quickly moved me through the ranks from a general framing carpenter to lead framer and master roof cutter. This was an exciting time and it felt great being at the top of my game amongst my circle of friends, family and co-workers. 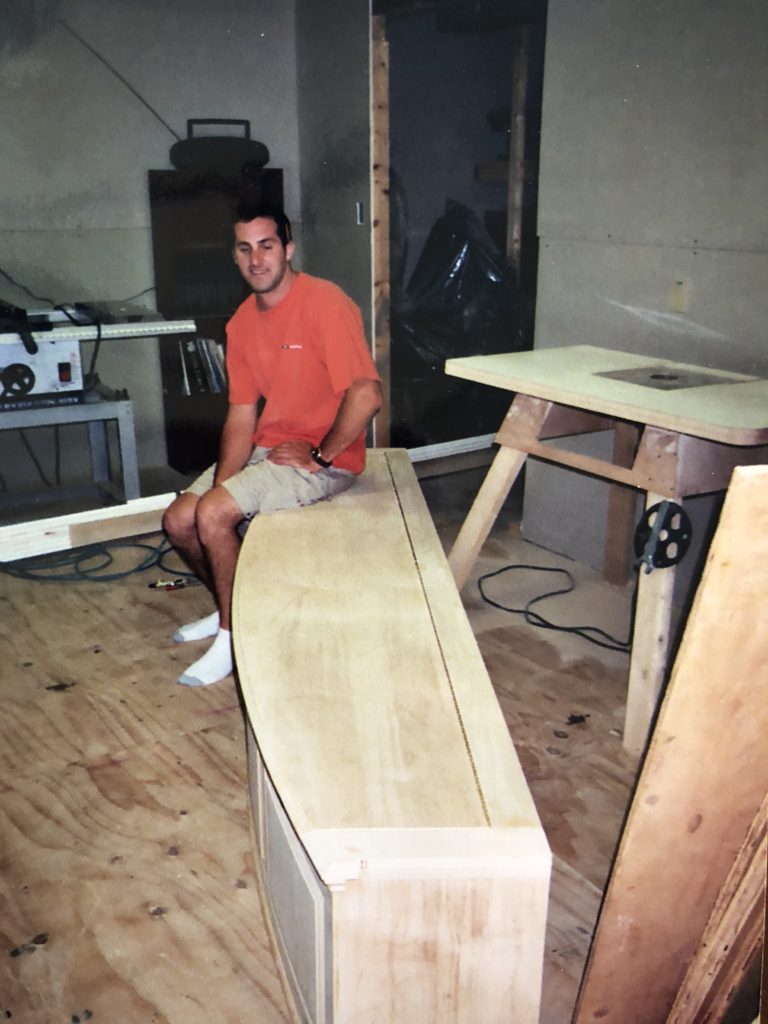 Somewhere during that time, the seeds of building my own company were germinating. I started “moon lighting,” taking on small projects, working nights and weekends for family and friends thanks to word of mouth referrals. Looking back, the ego boost is likely what gave me the confidence to start this company but wasn’t and isn’t what it takes to sustain it. Sustaining would prove to be by far the largest and most difficult investment I’ve ever made and perhaps will ever make.

I once read a story about the Spanish explorer and Conquistador, Hernan Cortes. Upon arriving in Veracruz to begin the great conquest which ultimately was the demise of the aztek civilization, he ordered his men to burn their ships. The men must have thought he went insane, but his strategy was that if his men had no fall back or safety net, the only alternative to success was death. Yikes! No pressure guys. This is how I felt.

The places we’ve been

The last 15 years have been an adventure to say the least. In our first year of business we established a relationship with a developer who was heavily invested in modular homes and became the site carpenters for them. They were providing 75% of our annual sales. In the spring of 2005, they had informed us that they were moving the company to Florida and would no longer be engaging in any projects here in the northeast.  Well, let’s just say I was just a bit concerned about becoming another small business start-up and fail statistic. When the news got around that they were moving, the modular home provider contacted me about expanding our services to a group of regional developers they work with. That was the break I thought I needed and before long we were in front of a half dozen different developers performing the button-up carpentry for their new homes. I remember feeling like I’d dodged a bullet there. For the next couple of years things seemed to be taking off. There was a regular influx of new projects and the housing market seemed to be strong and then!!!!

In 2007, as we all know. The mortgage bubble collapsed causing a ripple effect that had global impact. 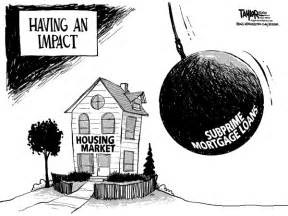 This effect looked different for us. It became apparent in the years following that the residential new home market was changing. We started getting more and more calls for remodeling existing spaces. From kitchen remodels to bathroom refreshes and custom cabinetry our day to day was changing and a welcome one.

Our reputation for restoring old homes to their former glory started to grow. Projects included an 18th Century Colonial Bathroom in Ashland, MA.  As well as a 19th Century Home’s front porch in Easton, MA. We love taking something with so much character and modernizing it for today’s families. We also continued to general contract renovations such as kitchen upgrades, master bathroom additions, finished basements and kitchen remodels.

When homeowners started asking us to re-design their existing spaces, we happily obliged. Many of our customers enjoyed their homes but not their current layout. Or, they needed more space for a growing family or an aging parent. Our Design Build services have allowed customers to work with our team through the entire renovation process. From concept to completion, beginning to end, we invite homeowners to work alongside us, designing a space that works for their lifestyle. 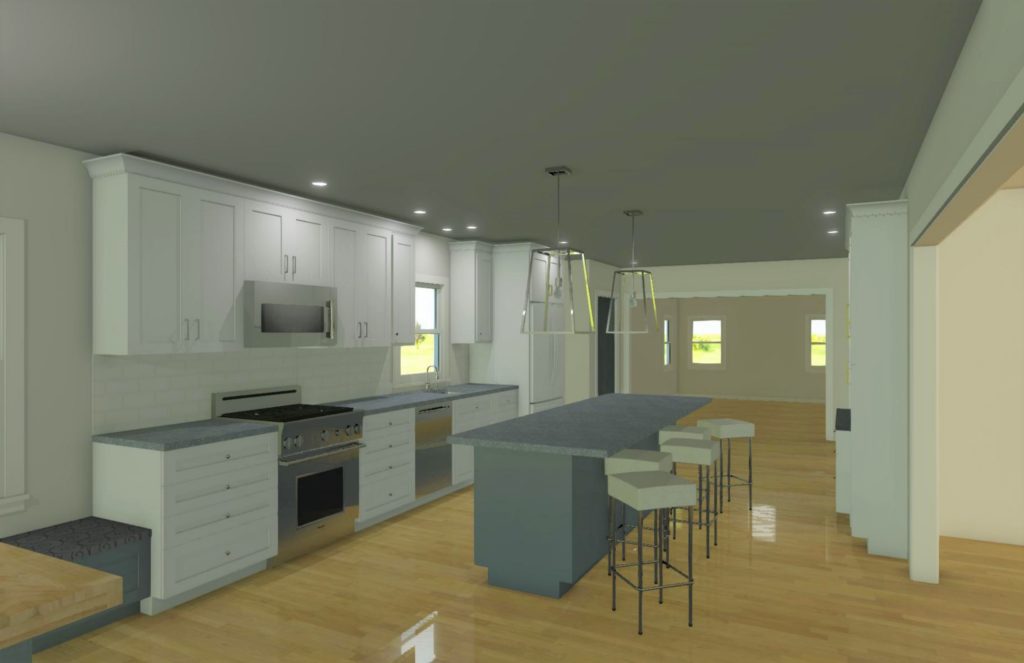 I feel blessed to do something I love every day. I am so grateful that our clients welcome myself and my team as extensions of their family. That is not something I take lightly and honor those relationships in all we do. Here’s to the next 15 PLUS years! 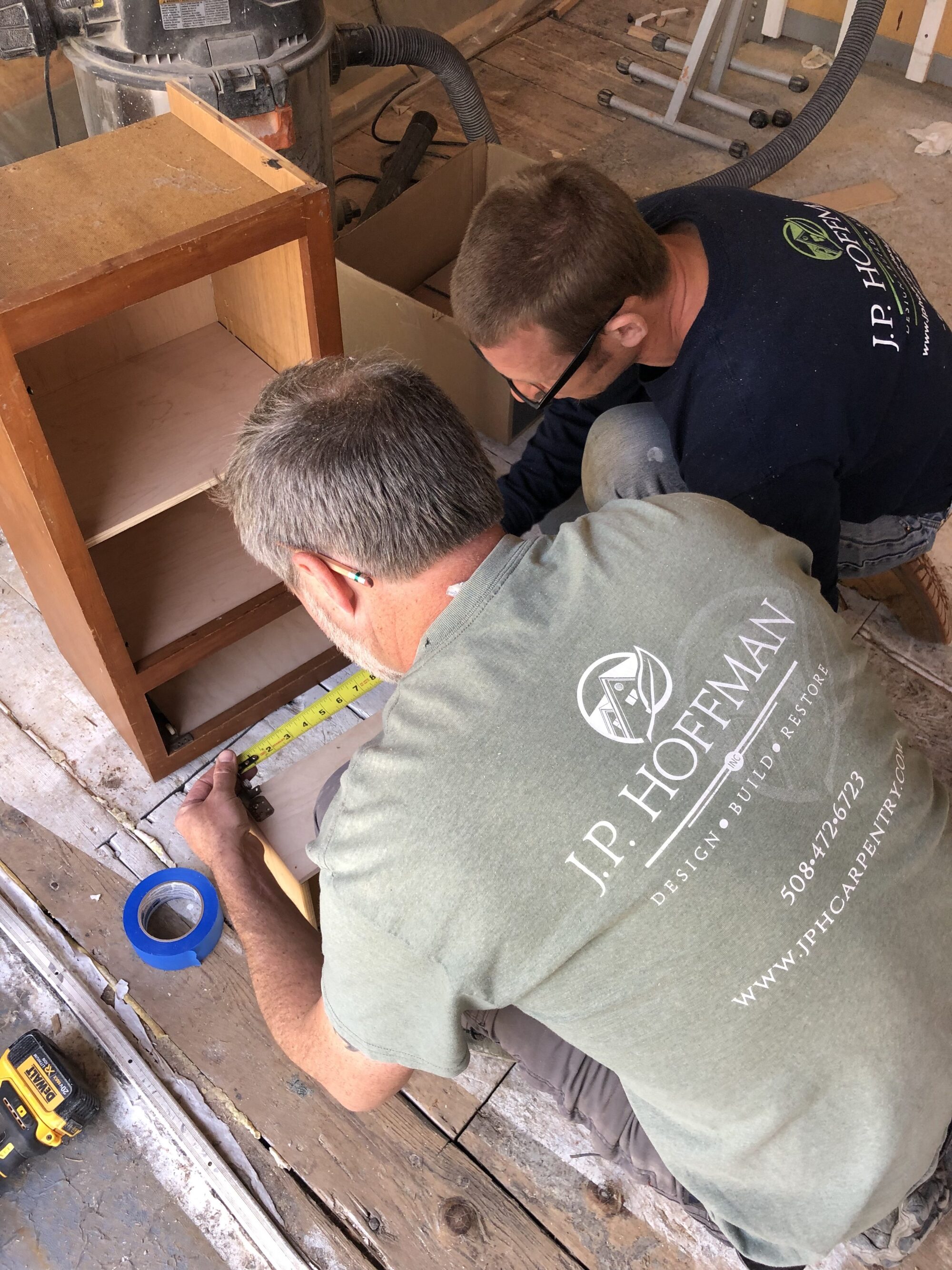 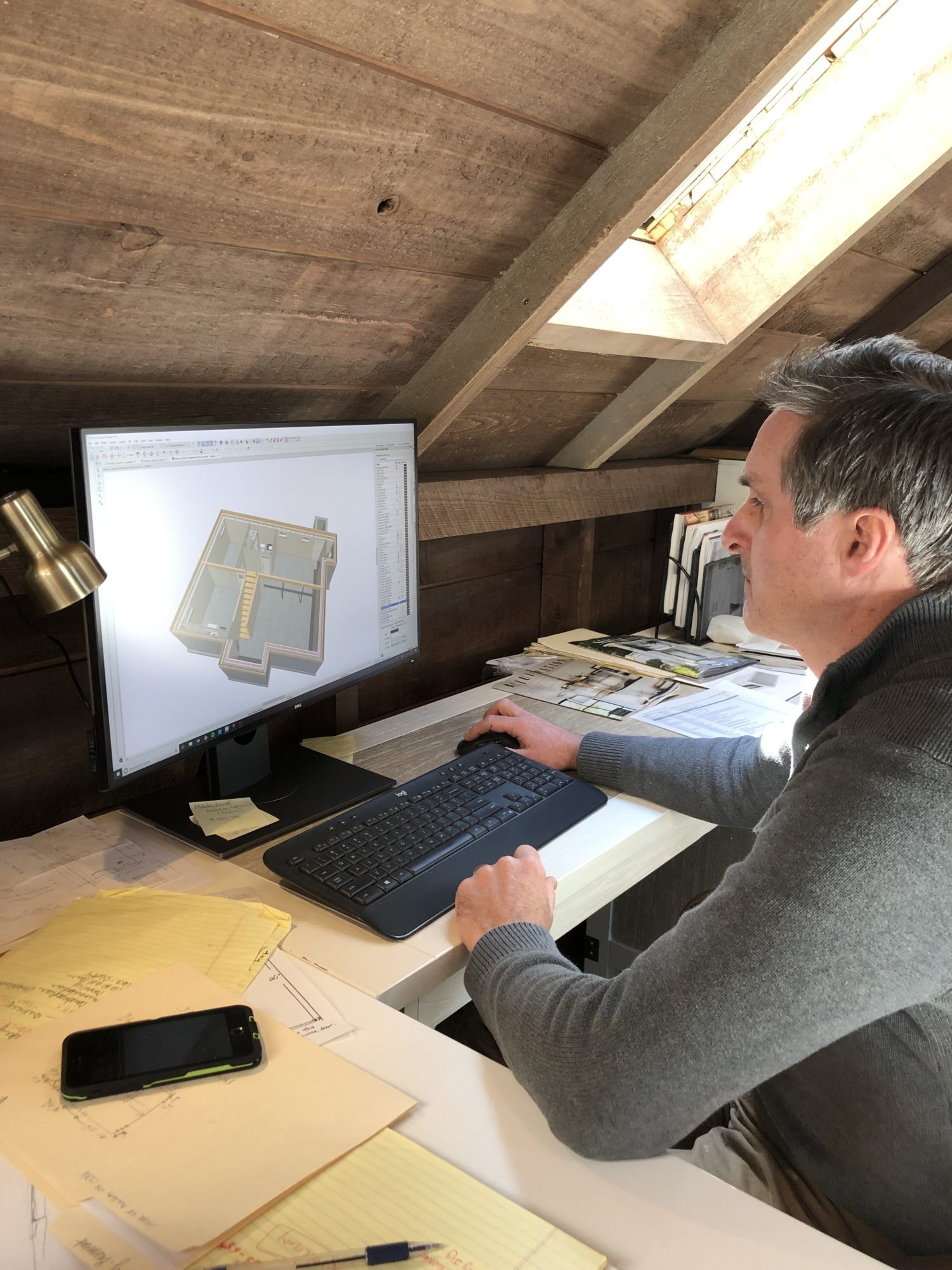 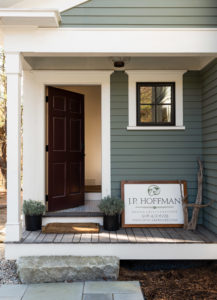 Working as a team with homeowners, we believe in concept to completion teamwork, partnering to design and create spaces unique to each families wants, needs and goals.

Contact us to get started on your dream renovation today.